Whether you're a top-level athlete or you just want to give something a go, you can get involved with Sports Academies, the competing arm of SGS Sport. Students can 'bolt on' a sports academy alongside their full-time study programme. 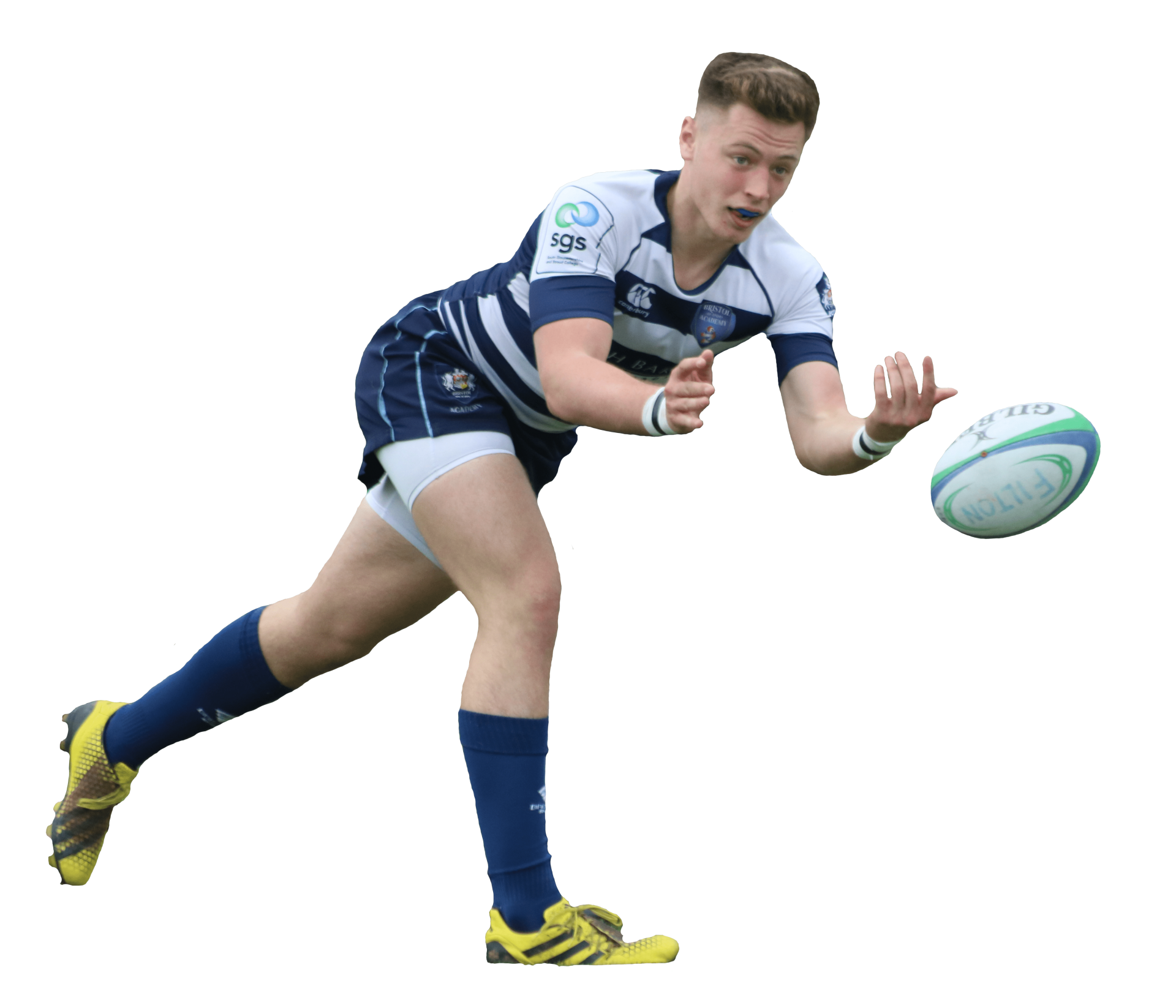 All candidates for the Rugby Academy must be on a full-time course at SGS College. We offer academic opportunities for BTEC qualifications, A-levels, higher national diplomas and degree courses.

Candidates must also be over 16 from the start date of their chosen course. For more information, you can contact the head coach at [email protected]

The Rugby Academy has long been a tremendous success at developing aspiring rugby talent, ever since it was set up as one of the original academies at SGS.

Presently there are 80 students athletes in the Rugby Academy, which is comprised of three playing squads.

Each student gets 16 hours a week of rugby activity, whilst also partaking in one of the full-time courses on offer at SGS College.

Training sessions are divided up between the technical, tactical, physical and psychological development of a rugby player. We believe this approach – where players are not afraid to make mistakes in a competitive team environment – assists rugby players in improving their skill set and increasing their knowledge of the game.

Rugby players at the Academy get supervised gym sessions and access to full-time on-site physios to help with injury avoidance and rehabilitation.

The first XV play matches in the renowned AASE Schoolboy Rugby League and in the Academy League during the academic calendar. Our second XV compete against the ASSE second teams, while our third side represents SGS College in the AOC Cups.

Every year, our student athletes broaden their horizons by taking part in an international tour against their peers from another country. The 2016 trip included matches in Cape Town and Stellenbosch in South Africa, while the 2017 trip to Canada included four matches in Vancouver and Victoria.

Our Rugby Academy is a proven pathway into professional rugby.

We work in partnership with Bristol Rugby and we have very close personal ties with the Bristol management and coaches. It is the intention of many of our players to sign senior professional contracts with Bristol, and currently there are six former SGS players playing for Bristol in the Aviva Premiership.

Head of Academy Saul Nelson played over 250 games for Bristol during an extensive professional career that also saw him play for Exeter and London Welsh.

Our past students include Welsh rugby legend Taulupe Faletau, who has won three Six Nations titles, including two Grand Slams, and who started for the British and Irish Lions in test matches against Australia in 2013. He was again selected for the Lions tour to New Zealand in 2017.

Another SGS alumnus is Mitch Eadie, who plays back row for Bristol.

Sports academiesAdditional InformationHelping you to make an informed decision on your sporting future.